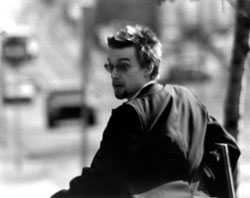 Progressive-Sounds: Your introduction to music began at an early age via your parents. What are your initial memories of that time growing up, and what motivated you to turn your hand to motivation and learning to play and teach guitar?
Terry Grant: Well, the answer to that is two fold:

First off, as clichéd as it is to say (and wow, is it ever) I didn't choose music - it chose me. I was sixteen when I realized that I wanted to be a professional musician, and let me tell you - it was not a happy day. Up to that point I had my life mapped out. I was going to grow up and be a fighter pilot and that's how things were. All of a sudden I just knew inside that it wasn't for me anymore, and that making music was what I was here to do. It was honestly very scary.

As for playing guitar specifically, I just wanted to get girls. I use to watch MTV a lot and I would see all these videos where the rock band would be on stage at a gigantic show and there were smoke bombs going off and lasers and stuff. Then they'd cut to a shot of the band hanging out by the pool partying with about fifteen girls in bikinis, and I remember thinking "That looks like fun, I'd be happy doing that." Then one day my Dad asked me if I'd ever thought about playing an instrument, and I thought to myself "Hmm... Guitar or drums? Guitar or drums..." Thank goodness I picked guitar - girls can't see you behind a drum kit.

Progressive-Sounds: Upon moving to Tennessee, you expanded your musical skills by learning to play keys and the drums, soon obtaining your first decks and mixer, which in turn has lead to where you are today. Would you cite this as being a major influence in shifting your focus over to electronic music?
Terry Grant: It was a major influence in my gravitating toward DJing, definitely. I had always been a big fan of electronic music, but I had no experience with dance culture or club culture, per say, until I moved to Nashville. Now, I realize how ridiculous that statement probably sounds. Most people wouldn't ever think of Nashville as being a healthy place for progressive dance culture (and they'd be right), but it is what it is, and as it happens it's where I was first exposed to house music proper - the DJ's, the records, the lifestyle, the whole nine yards. There are a lot of talented cats here, DJing, producing, what have you, and buying a turntable and hanging out at record shops helped to introduce me to that world. 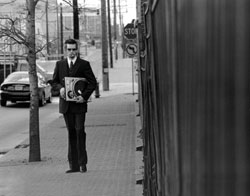 Progressive-Sounds: 'I'll Kill You' was your debut release back in 2005, and since then you have gone on to produce two further singles, 'Be My Guide' and the new single 'Komputers Are The Devil'. From your initial foray into the field of production, how far would you say you have developed your skills thus far, and what can we look forward to from you on the production front in the near future?
Terry Grant: I would say that my understanding of what goes into making good house music is progressing... at least I hope it is. I'm learning more every day. I'm learning to be a better engineer, a better arranger, and a better songwriter, because after all, that's what it's about, right - making a memorable tune.

As for the near future, I've got a single coming out on Fiberline Audio sometime this summer, and I'm currently finishing up a few new tracks as fast as I can, at the expense of my health, no less.

'Nashville's the kind of town where everybody says they can sing, but man, Jennifer blew me away.'

Progressive-Sounds: Your first two singles both featured the talents of vocalist Jennifer Horne. How did you two come to meet and work together, and if given the chance whom else would you love to get a chance to work with?
Terry Grant: I met Jennifer through a mutual friend at a club I was DJing at back in '02 or '03. She mentioned that she was a singer and that if I ever needed anyone to do some vocals, that she'd be happy to do it. I eventually took her up on the offer, not realizing just how good she really was. Nashville's the kind of town where everybody says they can sing, but man, she blew me away.

My collaborative wish list would go something like this: Bjork, Massive Attack, Portishead, Tricky, Leonard Cohen, the Temptations (whomever is still around), and you know what? The guy from Gomez. He's got a really interesting and warm quality to his voice that I could work with as a producer. 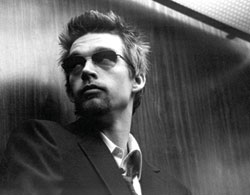 Progressive-Sounds: Many say 'I'll Kill You' could easily be the theme to some movie, such is its cinematic quality, and you yourself have mentioned your first few records being film soundtracks. What OSTs have been influential for you over the years?
Terry Grant: Oh man, how much room do we have here? Here’s just a few (and in brief):

I would be remiss if I didn't own up to the fact that my first cassette tape ever was the soundtrack to Breakin 2: Electric Boogaloo. I can't believe that I'm admitting this. The b-side of that album had some wicked electro breakdance music, though.

The first volume of the soundtrack to the Miami Vice TV show was pretty heavy for me too. The b-side of that album had all the Jan Hammer instrumental stuff. Early eighties moody synthy goodness...

Two words: Blade Runner. Pretty much the best OST ever.

Peter Gabriel's Passion changed my life. When I become president of the world, everyone will be required to own a copy of this album. It's funny, because when the movie came out, it was so controversial that you couldn't find it anywhere. So it wasn't until years after I had owned the score that I eventually saw the film it belongs to, and let me just say, Martin Scorsese - I love you, but the Temptation is nothing compared to the Passion.

Progressive-Sounds: Finally, what are your plans for the coming months? Any plans to expand into the live arena with your music?
Terry Grant: I'm really looking to focus on DJing and building that aspect of my career. I love, love, love to play records in front of a crowd and watch them get off on the music. It's the same high that you get playing guitar in a live setting. I'm looking for representation and following up on every opportunity that comes my way. Any avenue that allows me to share great music with great people is a dream come true.